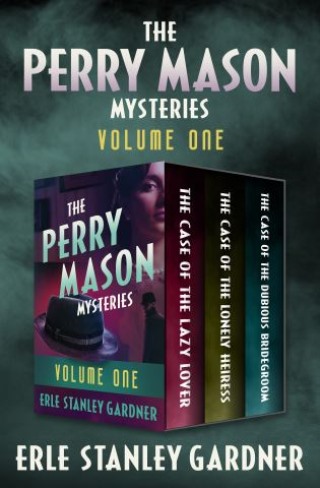 The Perry Mason Mysteries Volume One

Three crime classics in one volume starring the defense lawyer who inspired the HBO series.

From the Edgar Award–winning author, these novels from the long-running, multimillion-selling mystery series that inspired the HBO hit starring Matthew Rhys include:

The Case of the Lazy Lover

Perry Mason is surprised to receive two checks from a stranger named Lola Allred. When he speaks with Lola’s husband, he discovers the woman has run off with her daughter’s boyfriend—who happens to be an important witness in a lawsuit. Soon Mason is caught up in a case involving forgery and murder . . .

“The only dull pages in this book are the blank ones.” —The New York Times

The Case of the Lonely Heiress

Marilyn Marlow has inherited a good deal of money from her mother. But the money originated with another will—that of her mother’s wealthy employer. Now his relatives are contesting the will and the key witness to its signing has just been murdered. It’s up to the sleuthing lawyer to clear the cloud of suspicion over Miss Marlow’s head . . .

“No one has ever matched Gardner for swift, sure exposition.” —Kirkus Reviews

The Case of the Dubious Bridegroom

Edward Garvin is a very successful businessman with a very unhappy ex-wife—who wants his money. Garvin calls on Perry Mason to protect his company from her schemes, and ensure the divorce they’d gotten in Mexico is actually finalized. But when Garvin’s former spouse is struck down by a killer, Mason’s client becomes the chief suspect . . .

Erle Stanley Gardner: Erle Stanley Gardner (1889–1970) was an author and lawyer who wrote nearly 150 detective and mystery novels that sold more than one million copies each, making him easily the best-selling American writer of his time. He ranks as one of the most prolific specialists of crime fiction due to his popular alter ego, lawyer-detective Perry Mason. A self-taught lawyer, Gardner was admitted to the California bar in 1911 and began defending poor Chinese and Mexicans as well as other clients. Eventually his writing career, which began with the pulps, pushed his law career aside. As proven in his Edgar Award–winning The Court of Last Resort, Gardner never gave up on the cases of wrongly accused individuals or unjustly convicted defendants.