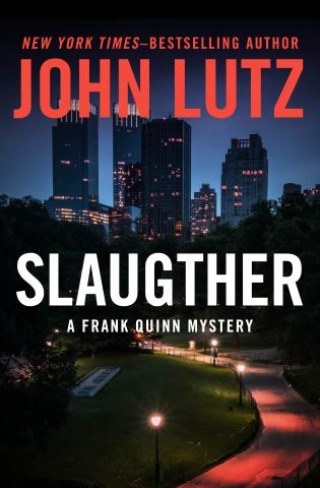 A PI pieces together a serial killer’s bloody puzzle in this edge-of-your-seat thriller from the New York Times–bestselling author of Frenzy.

Frank Quinn was once New York City’s top homicide detective—until a setup forced him into early retirement. Now running his own detective agency, he assists the NYPD on some of their most disturbing cases . . .

A woman’s body is found in Central Park drained of blood, dismembered, and reassembled. Her killer is a cold man who enjoys taking things apart to figure out what makes them tick. And this is only the beginning of his destructive, bloody plan. Before he is finished, he will try to see what makes Frank Quinn tick, and what makes him break.

“Lutz knows how to make you shiver.” —Harlan Coben

“One of the masters of the police novel.” —Ridley Pearson

“Lutz offers up a heart-pounding roller coaster of a tale.” —Jeffrey Deaver

John Lutz: For over forty years, John Lutz (b. 1939) has been one of the premier voices in contemporary hard-boiled fiction, producing dozens of novels and over 250 short stories. His earliest success came with the Alo Nudger series, set in his hometown of St. Louis. Tropical Heat introduced Fred Carver, a Florida detective whom Lutz followed in ten novels. More recently, he has produced five books in the Frank Quinn serial killer series. Lutz is a former president of the Mystery Writers of America, and his many honors include lifetime achievement awards from the Short Mystery Fiction Society and the Private Eye Writers of America. He lives in St. Louis.