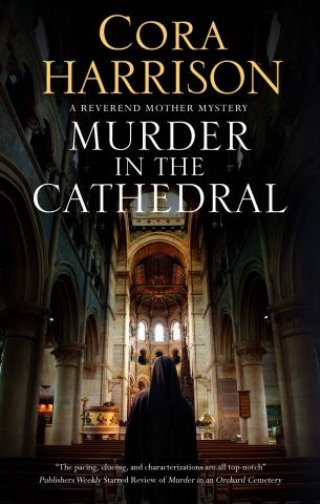 Murder in the Cathedral

The Reverend Mother's investigative skills are called into action again when one of her young pupils is found murdered at St Fin Barre's Cathedral.

1920s. Cork, Ireland. The Reverend Mother’s Christmas Day festivities are shattered when the protestant bishop of Cork arrives at the convent with terrible news: one of the Reverend Mother’s pupils, the troublesome seven-year-old Edna O’Sullivan, has been found murdered in St Fin Barre’s Cathedral. Furthermore, the cathedral’s archdeacon, Dr Hearn, is also dead after succumbing to a suspected heart attack in the middle of a service.

When it is revealed that both Edna and the archdeacon were poisoned, the Reverend Mother is drawn into another puzzling mystery. Was the boy used as part of an elaborate plot to murder the archdeacon? And if so, why was he willing to risk his life to do so? As she investigates, the Reverend Mother makes a series of disturbing and intriguing discoveries. Can she uncover the truth behind these heinous crimes?

Cora Harrison has written over 50 book for adults and children, including the Burren mysteries. She lives near the Burren in the west of Ireland.