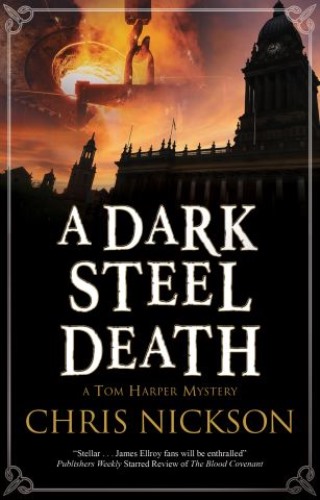 Tom Harper must catch a traitor intent on disrupting the war effort and bringing terror to the streets of Leeds in this page-turning mystery.

"Nickson does his usual superb job of evoking the period and . . . reinforces his place in the front rank of historical mystery authors"- Publishers Weekly Starred Review

Leeds. December, 1916. Deputy Chief Constable Tom Harper is called out in the middle of the night when a huge explosion rips through a munitions factory supplying war materials, leaving death and destruction in its wake. A month later, matches and paper to start a fire are found in an army clothing depot. It's a chilling discovery: there's a saboteur running loose on the streets of Leeds.

As so many give their lives in the trenches, Harper and his men are working harder than ever - and their investigation takes a dark twist with two shootings, at the local steelworks and a hospital. With his back against the wall and the war effort at stake, Harper can't afford to fail. But can he catch the traitor intent on bringing terror to Leeds?

Chris Nickson: Chris Nickson is the author of six Tom Harper mysteries and seven highly acclaimed novels in the Richard Nottingham series. He is also a well-known music journalist. He lives in his beloved Leeds.