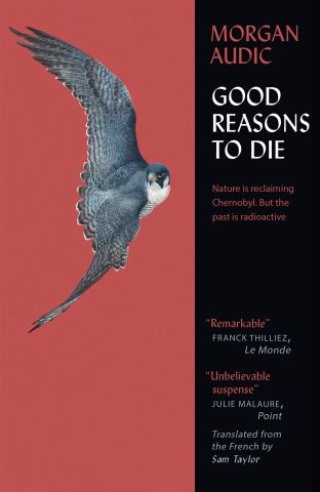 A haunting thriller set in the radioactive Chernobyl exclusion zone, Good Reasons to Die will keep readers hooked to the last page.

In a village close to Chernobyl, detectives Joseph Melnyk and Galina Novak uncover a man's mutilated body hanging from a building. All clues left at the scene of the crime point to a double homicide that took place on the very night that the nuclear power plant exploded.

Doubtful of the abilities of the Ukrainian police, the murdered man's father, a Moscow mafia boss, summons Rybalko, a Russian police officer of dubious morals, to conduct a parallel investigation to find and execute his son's killer. Rybalko goes to Ukraine and recovers the corpse, which no-one has dared to touch because of its radioactive contamination.

Good Reasons to Die is a breath-taking thriller set in a dislocated Ukraine where armed conflicts, economic collapse and ecological demands are interwoven with the exhilarating hunt to find a deranged serial killer.

Morgan Audic: Born in Saint-Malo in 1980, Morgan Audic spent his childhood in Cancale. He has lived in Rennes since 2010, where he teaches history and geography in high school. He is the author of Too Many Deaths in Wonderland (Le Rouergue, 2016) and Good Reasons to Die (Albin Michel, 2019).